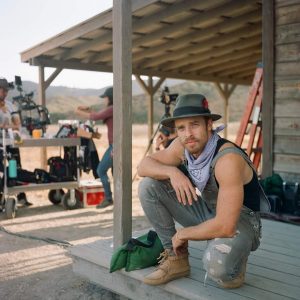 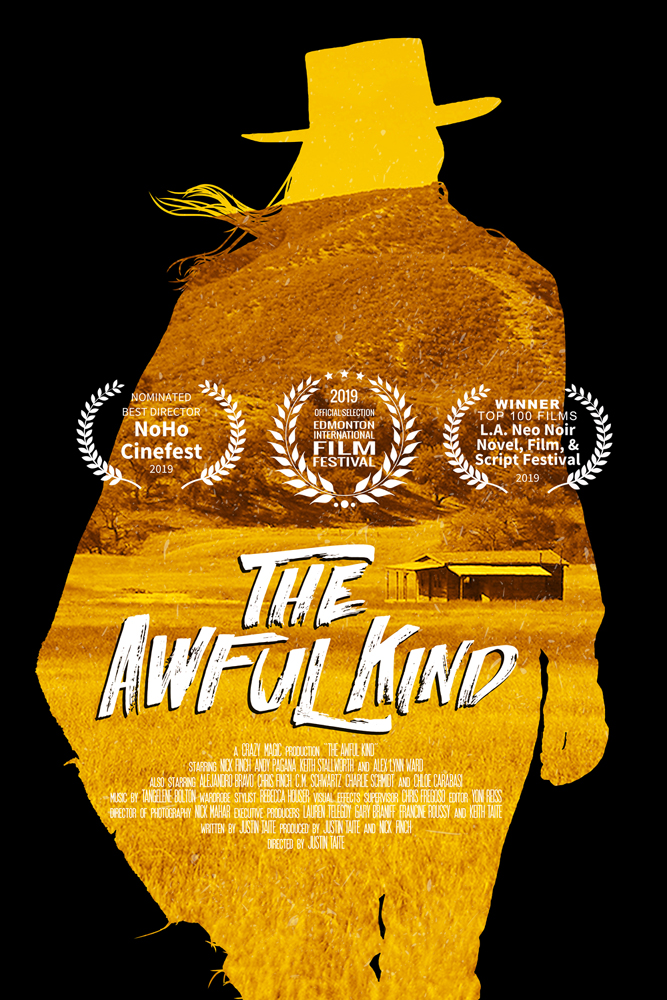 Funny, emotional, suspenseful, and rooted in character development. The Awful Kind is a love letter to both classic and contemporary westerns, from Sergio Leone and Clint Eastwood to John Hillcoat and Quentin Tarantino. A marriage of the human experience including stylistic, cinematic panache made famous by the spaghetti western genre, with all the bells and whistles.

“The Awful Kind” was inspired by the #MeToo and Time’s Up movements in 2017 and influenced by films like, ‘Birdman,’ ‘Once Upon a Time in the West‘ and ‘Reservoir Dogs.’ This movie was a labor of love from the very beginning and the most challenging experience I’ve ever had as a Director, ironically also the most comfortable I’ve felt doing it. I wanted to showcase a group of very talented people I knew, give them a platform to play in a unique and interesting way. The cast, including my Producer, Nick Finch, delivered every single take with hair-raising performances. Our camera team, led by our Director of Photography, Nick Mahar, became another character in the film, keeping the camera alive for 22 minute long takes and capturing every single detail. What you’ll see is our last take from the six we were able to capture fully. It was an incredible collaborative effort, and I think we ended up making something really gritty and fun. I hope everybody digs the movie.” – Justin Taite

THE AWFUL KIND from Justin Taite on Vimeo.

THE AWFUL KIND from Justin Taite on Vimeo.

About the Writer/Director:
Justin Taite is a writer and director living in Los Angeles, CA, who is originally from Calgary, Alberta, Canada. He trained at The Stella Adler Conservatory for acting and at the Actors Circle Theatre exclusively with Arthur Mendoza, who has worked with such talents as Benicio Del Toro and Robin Wright. His first feature-length screenplay “The Real McCoy” became a Semi-Finalist at “The Screenplay Festival” and again at the “Circus Road Screenplay Contest” in 2014. Justin’s second written and directed project, a short film entitled “SCHISM” was an official selection at the “Sherman Oaks Film Festival” in 2016. In addition to his previous acting credits, Justin stars in the indie film “Outlaws Don’t Get Funerals,” which is available on Amazon Prime.